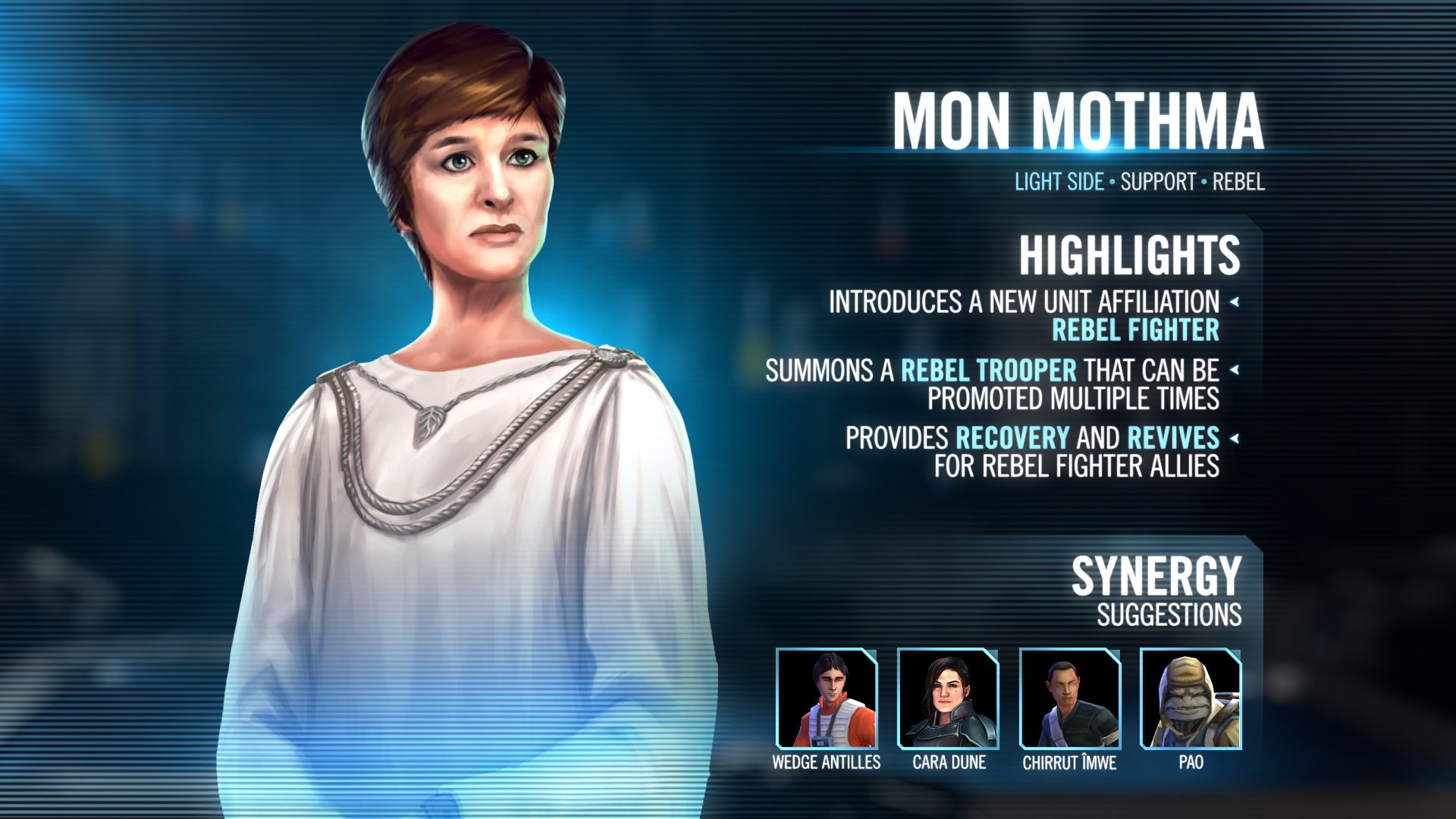 Mon Mothma, the Chancellor of the Alliance to Restore the Republic, is arriving on the Holotables! Mon Mothma's leadership and fearlessness propelled her to the top of the Empire’s “Most Wanted” list and served as an inspiration to all members of the Rebellion. Ever mindful of the consequences of war, but always willing to stand for justice, Mon Mothma is a welcome addition to Rebel squads as she uses the Field Promotion ability to summon increasingly stronger Rebel units to battle.

Thankfully, many Bothans don’t have to die for you to add Mon Mothma to your band of Rebels. You can obtain this Rebel non-combatant leader by completing the new Marquee Event, The Alliance Chancellor!

The Basics:
Unique Attributes:
Inspiration:
Strategy Tips:
Squad Suggestions:
FAQ:
20
Reply to this topic
Sign In or Register to comment.