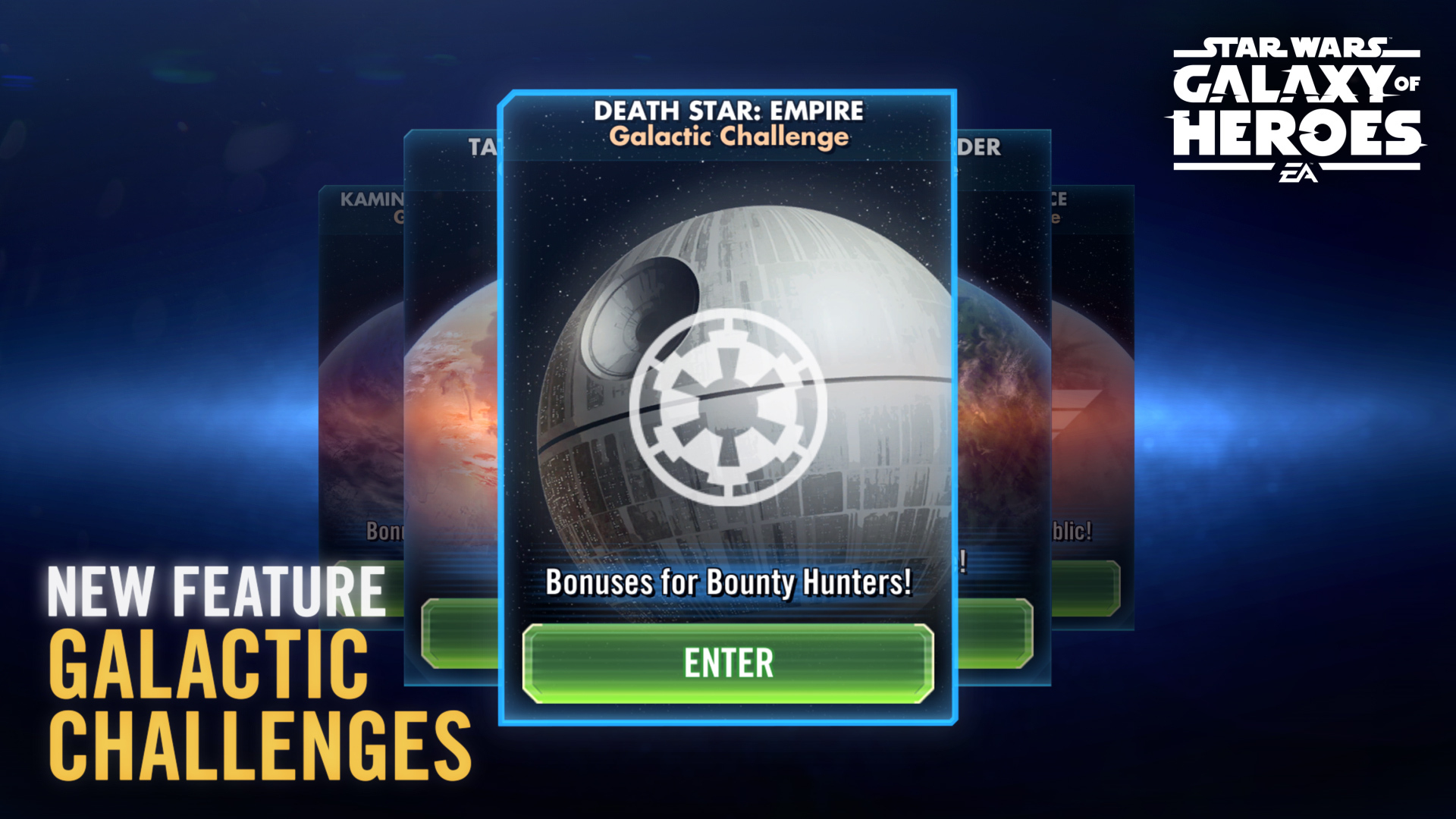 In this update, we’re proud to present Galactic Challenges! This all-new game mode represents a huge step for Galaxy of Heroes as it lays the foundation of our new content initiative, allowing us to generate fresh content, challenges, and feats on a regular basis going forward.

With Galactic Challenges, players will be presented with new battles that provide the opportunity to utilize many parts of their character and ship roster in a fun and meaningful way. Galactic Challenge events keep the game fresh and engaging by offering interesting and unique encounters that feature always-changing combinations of modifiers, locations, and conditions, along with multiple tiers of difficulty. Modifiers add a wide range of positive and negative effects to the battle, meaning you’ll have to mix up your strategies to succeed.

The best part? This is just the beginning. Galactic Challenges will lay a foundation that allows Capital Games to continue expanding the variety of content we are able to offer now and in the future. We’re all really excited at the studio and can’t wait for our passionate community of players to dive in! 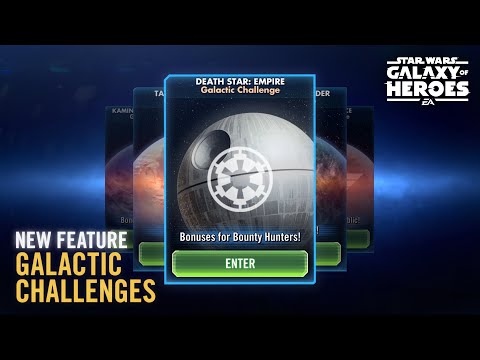 SHARD SHUFFLE
These characters or ships are now available in the following locations:

FIXES
KNOWN ISSUES
We are aware of the following issues with today’s Update.