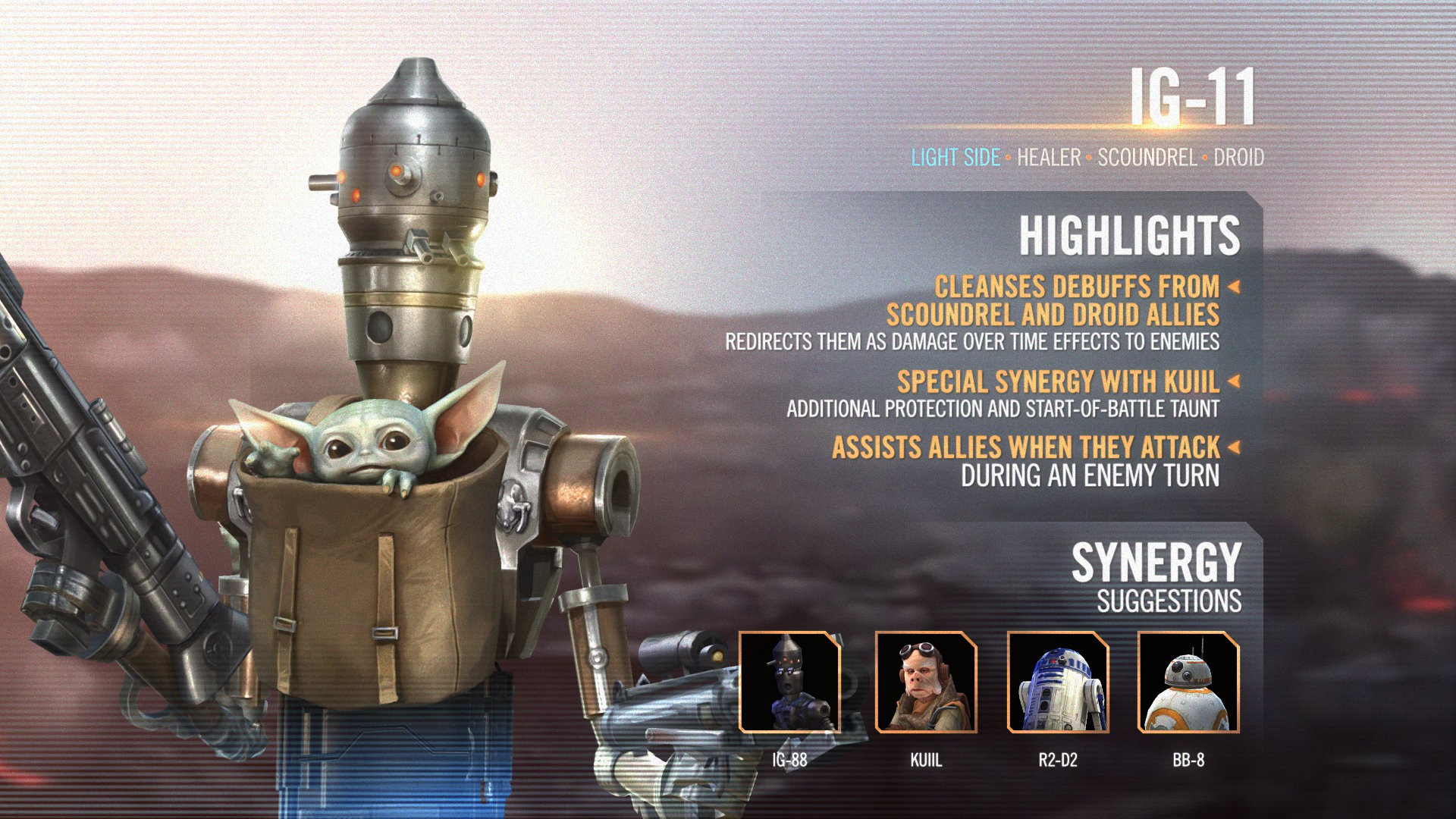 Our favorite rambunctious Droid from the Mandalorian is coming to Galaxy of Heroes! This fast firing former Bounty Hunter has been reprogrammed to nurse and protect his allies by cleansing debuffs and redirecting them as Damage Over Time effects to his enemies. Read on to find out how our designer captured the unusual fighting style and flexibility of this character.

Looking for even more information on these characters? You can find a interview with the designers on Operation Metaverse, a podcast from Galactic War Report or check out the SWGoH Events to see a write up of the discussion.