NicWester
7543 posts Member
November 21, 2020 4:42PM
There isn't a separate section for mods, so I figured this is closest to what I'm saying. Sorry if it's in the wrong subforum, feel free to move it if it belongs elsewhere.

Two suggestions for the mod screen, one specific one more generic feedback:
1) Allow us to modify the suggested mods for a character. For example, I like my Finn (original) to have crit chance and crit damage, but the game insists that he should have potency instead. It would be cool if players could define the mods they want in this screen, allowing me to change the potency to other suggestions. It would also be great if we could further define what primaries we would like our characters to have, giving us the option to change, just for example, Enfys Nest's suggested cross primary from Offense to Tenacity.

2) Now it's going to be generic, sorry, but it's important feedback. The suggest algorithm needs to be........ better..... It's really that simple. Here's an example with my B1: 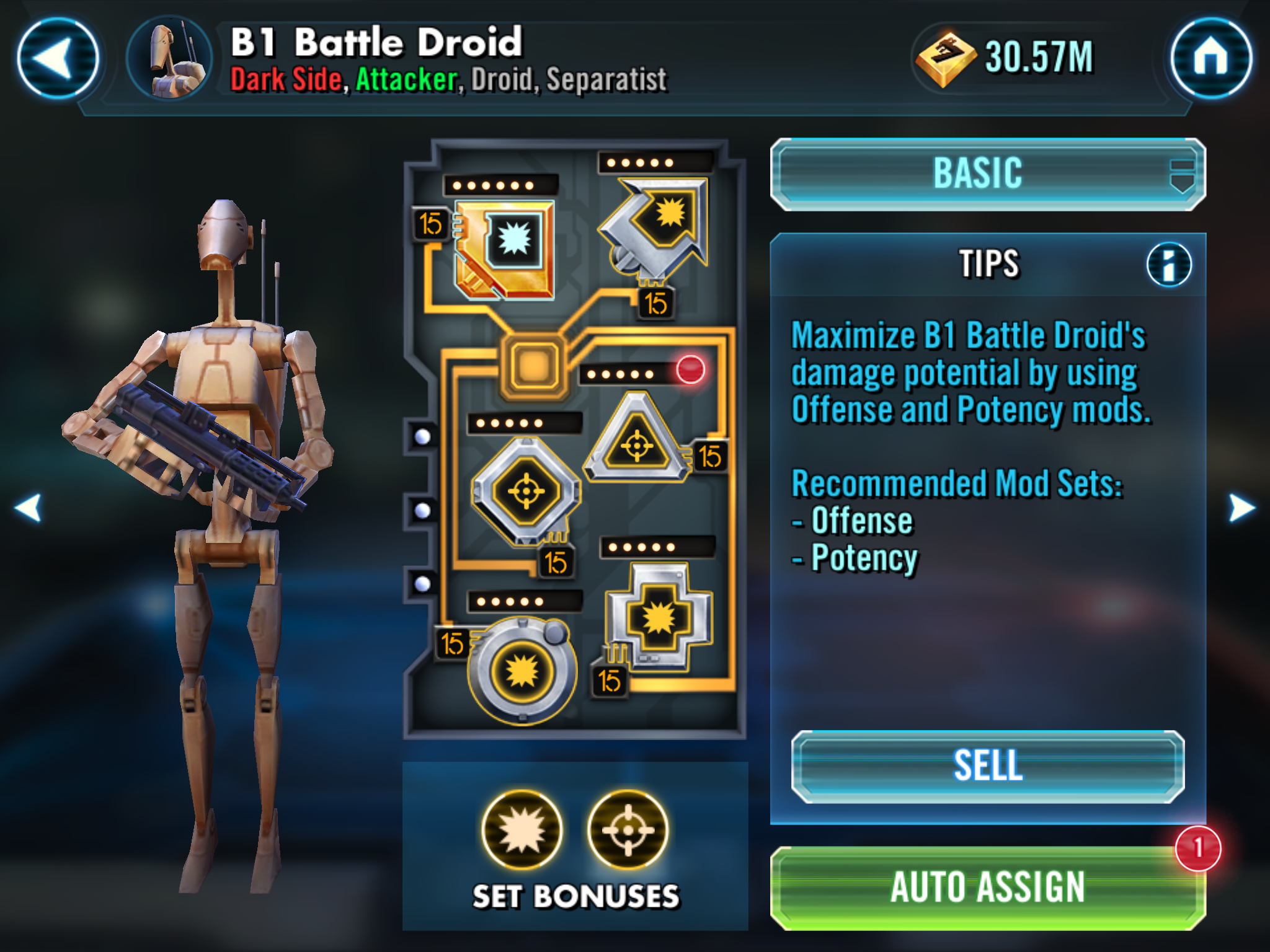 As you can see, my B1 has a full set of Offense and Potency, but the algorithm is saying, hey, you can do better with your triangle. So let's look at that: 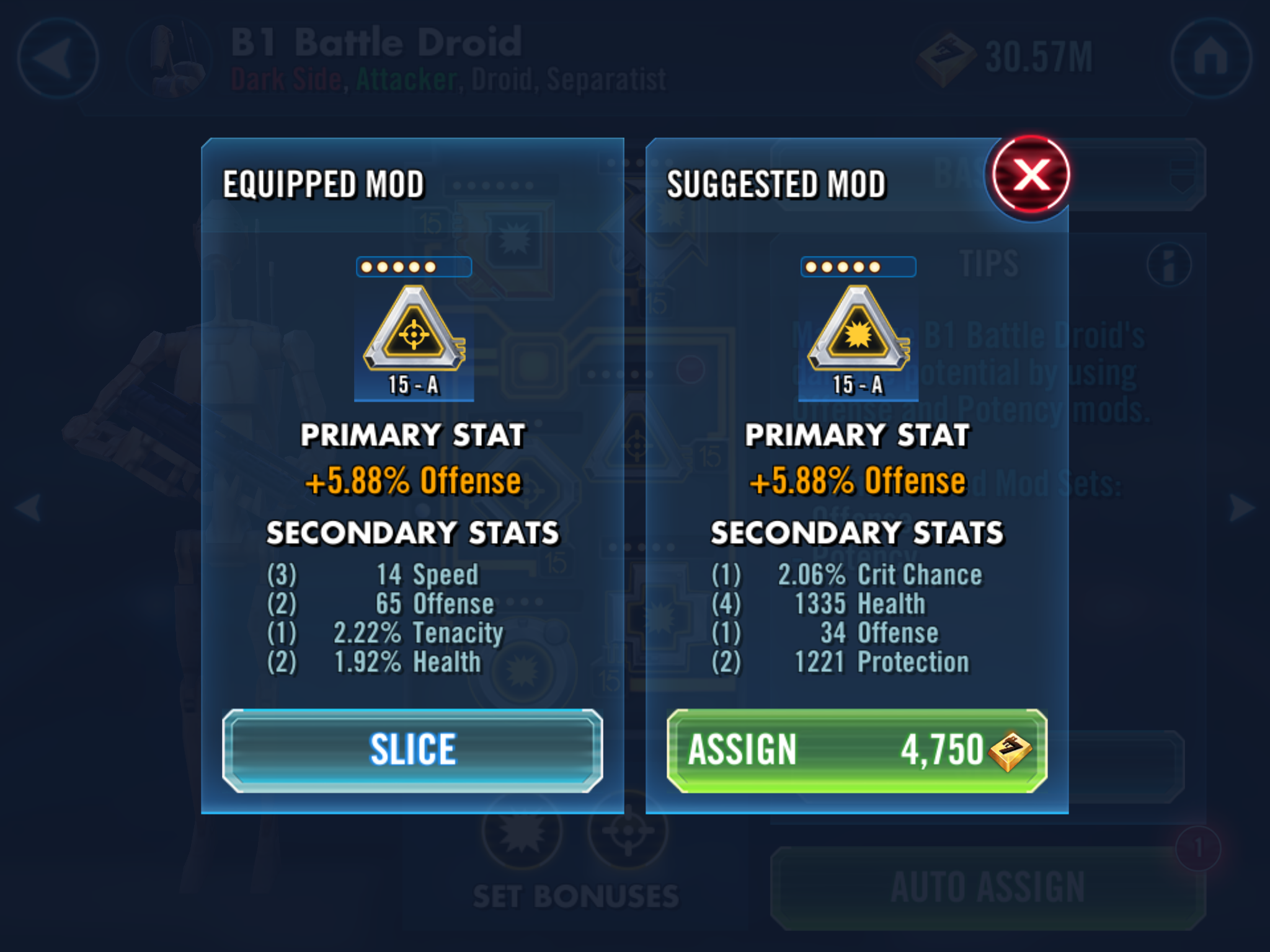 The algorithm is saying that I should break up my potency set to have 5 offense mods instead, and saying that the perfect mod to do this is..... Strictly worse than the one it would replace. B1 is a perfect case to test the algorithm because it has only three important stats: Physical Damage, Potency, and Speed. All other stats on B1 are irrelevant because of Droid Batallion. So, honestly, there's no reason for the game to suggest I should change this mod--same primary, better secondaries on the original, breaks up a set to no benefit. Please, when you have some spare time, look into improving this algorithm.

I know folks will kvetch about how using the auto suggest is for noobs, or whatever, but what my theory presupposes is maybe shut up because it's not? It's a helpful tool when you have a deep roster for GAC that you want to maintain mods on without having to deep dive every time you change something.
Ceterum censeo Patientia esse meliat.
0