Galactic Challenges will receive a couple important changes in this week's Update, a new Reward Meter and auto completion for previous tiers. The auto completion feature will complete lower tier feats if you manage to beat a higher tier version of the feat. For example, if you achieve a feat in tier V, that specific feat will also be completed in tiers 1-4 and you’ll earn all the Challenge Keycards associated with them. 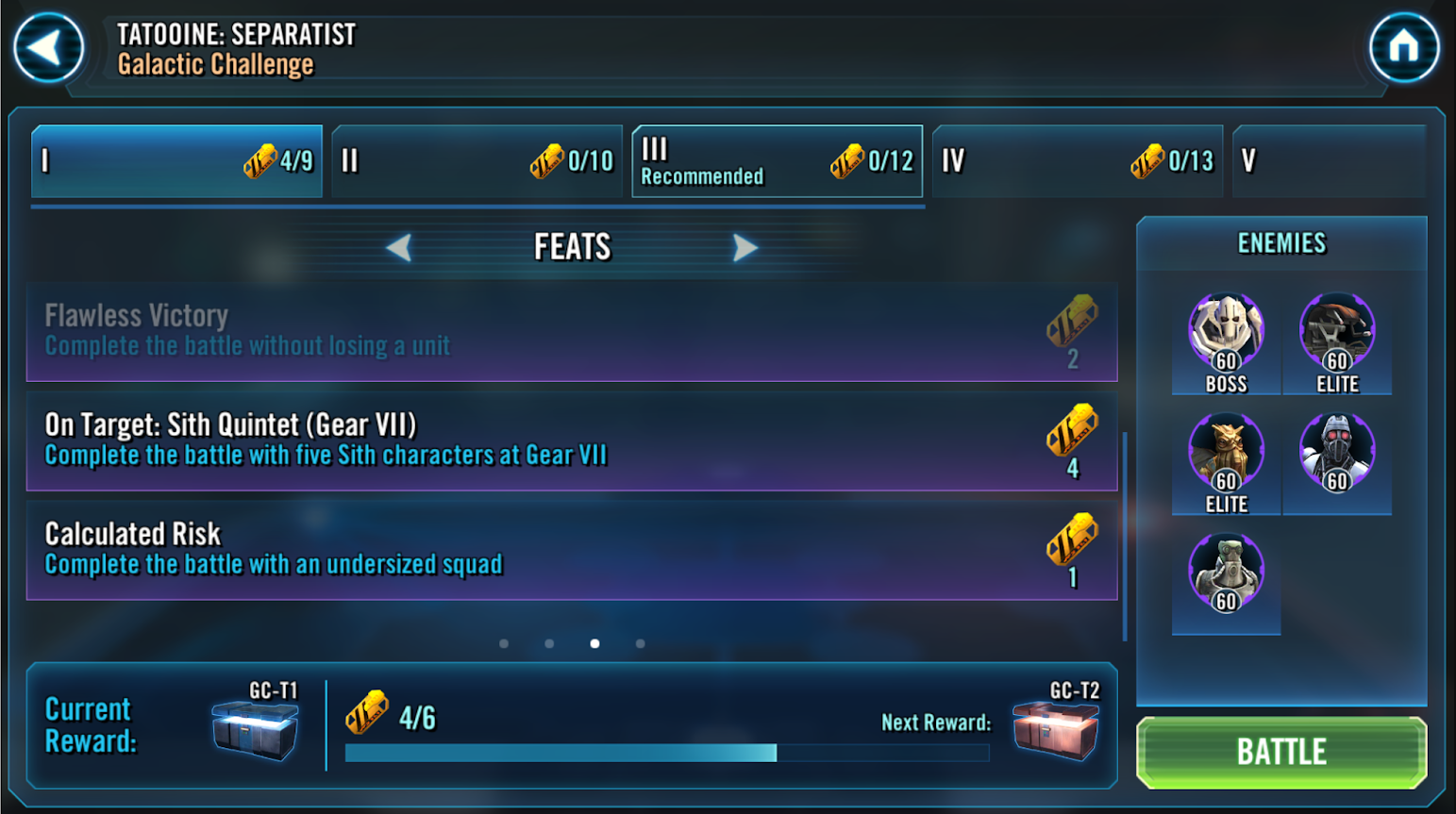 How The New Reward Meter Works
Challenge Keycards will be earned from completing tiers and feats throughout a Galactic Challenge. The more Keycards you unlock, the better Reward Crate you will earn at the end of a Galactic Challenge, but those Keycards do not carry over from event to event. You will be able to see an exact list of items by tapping the reward bar at the bottom and then tapping on each Reward Crate.

This means you will not get rewards right after you complete a battle. Instead, rewards will be sent to your inbox after the event is over. These Reward Crates roughly match what you would have earned for completing the original tiers, but with their prizes focused into compelling loot. This system also allows for multiple paths to a given number of keycards that unlock the middle tiers of prize while the higher tiers are increasingly about how well you can complete this challenge. 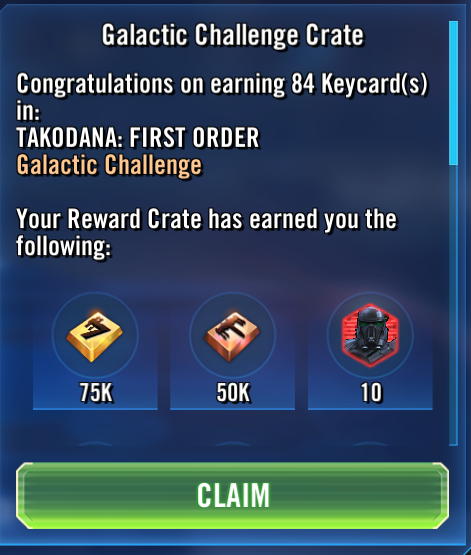 In addition to these changes, Galactic Challenges will be moving to twice a week starting on Dec 22nd. The current plan is to run one Monday through Wednesday, and another Friday through Sunday but this may be adjusted depending on holidays and other factors.

Galactic Challenges is a living system and challenges, rewards, and frequency may change over time to stay fresh. Your feedback is very welcomed as we will continue to iterate on this game mode over time.

Thanks for reading and see you on the Holotables!
68
Reply to this topic
Sign In or Register to comment.