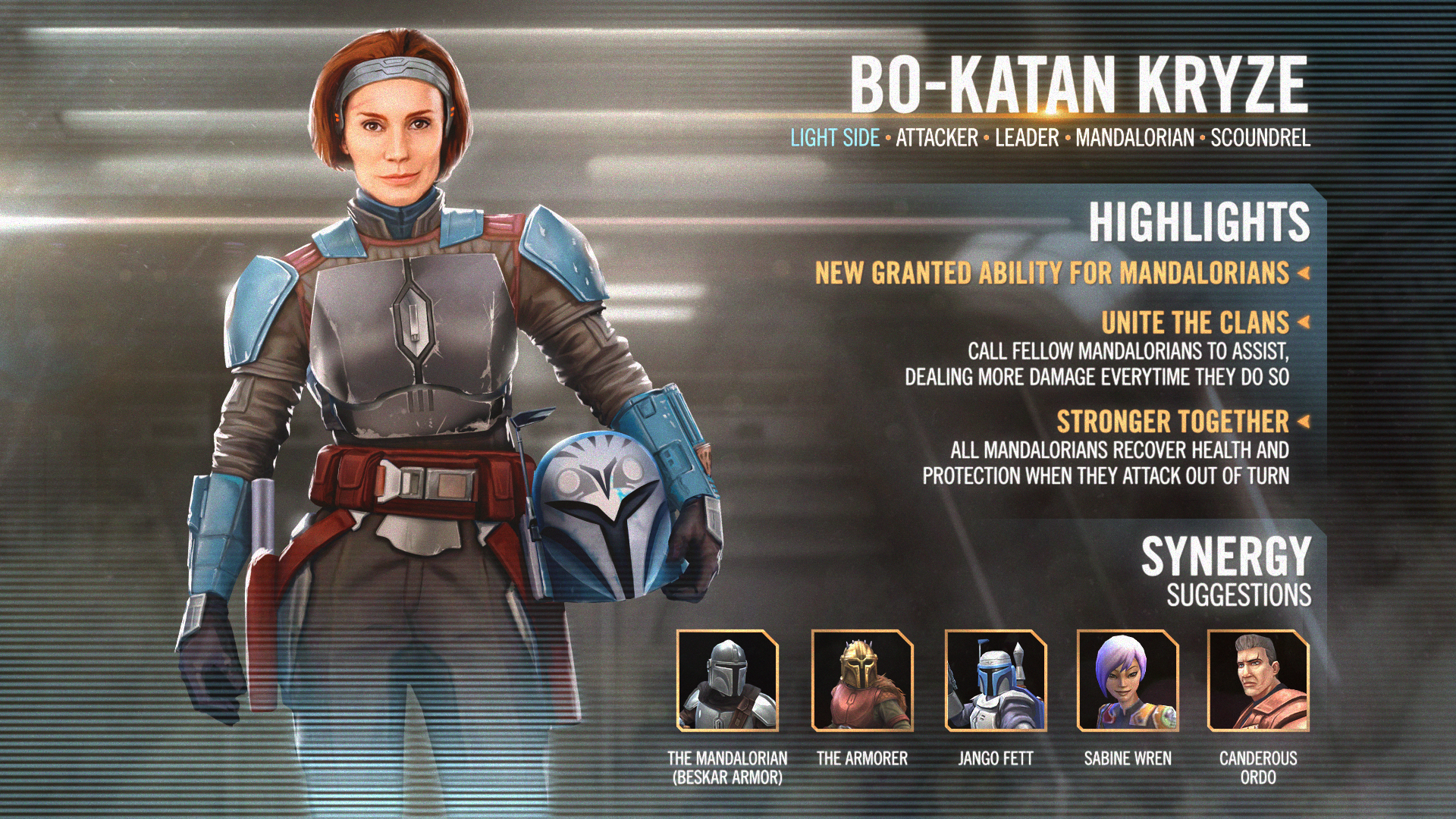 FINAL TEXT: Dispel all buffs on all enemies. Then, Daze them for 2 turns and deal Physical damage to them.

Whenever a Mandalorian ally attacks out of turn, they gain 25% Critical Damage (max 5 stacks) until the end of their next turn

At the start of encounter, all Mandalorian allies gain the granted ability Ancestral Armor.

ANCESTRAL ARMOR: Dispel all debuffs on this character. Then, gain Defense Up, Taunt, and Tenacity Up for 2 turns. (Cooldown: 4)
Post edited by CG_Doja_Fett_MINI on March 2021
13