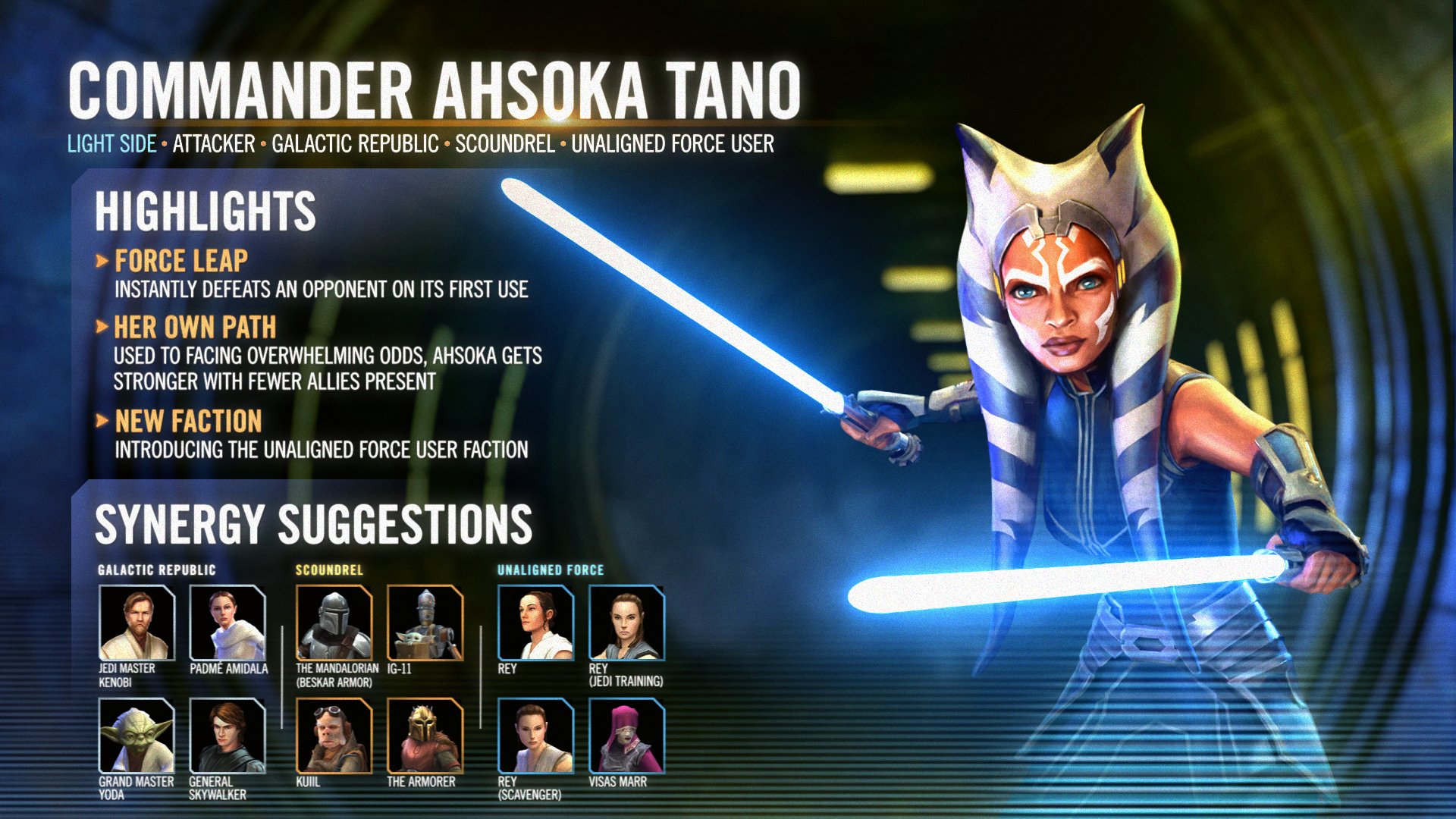 Commander Ahsoka Tano, one of the greatest heroes of the Clone Wars, and proud Togruta warrior joins the Holotables. This former padawan of Anakin Skywalker is an exceptional and agile Force user that leaps into battle often against overwhelming odds. Ahsoka’s mastery of the dual lightsaber technique and evasive combat style allows her to easily outmaneuver her foes with a level of skill that few opponents can match.

Though she was once a devout follower of the Jedi Order, Ahsoka's faith in the Jedi was shaken, causing her to walk away from the Order and follow her own path with the Force. This did not diminish her strong bond with her allies or her commitment to protecting those in need. Ahsoka rejoined the Grand Army of the Republic as a Commander during the Siege of Mandalore to support her friends and finally end the war that had engulfed the galaxy for most of her life.

Commander Ahsoka Tano will be available as a reward and from merchants in the upcoming Conquest.