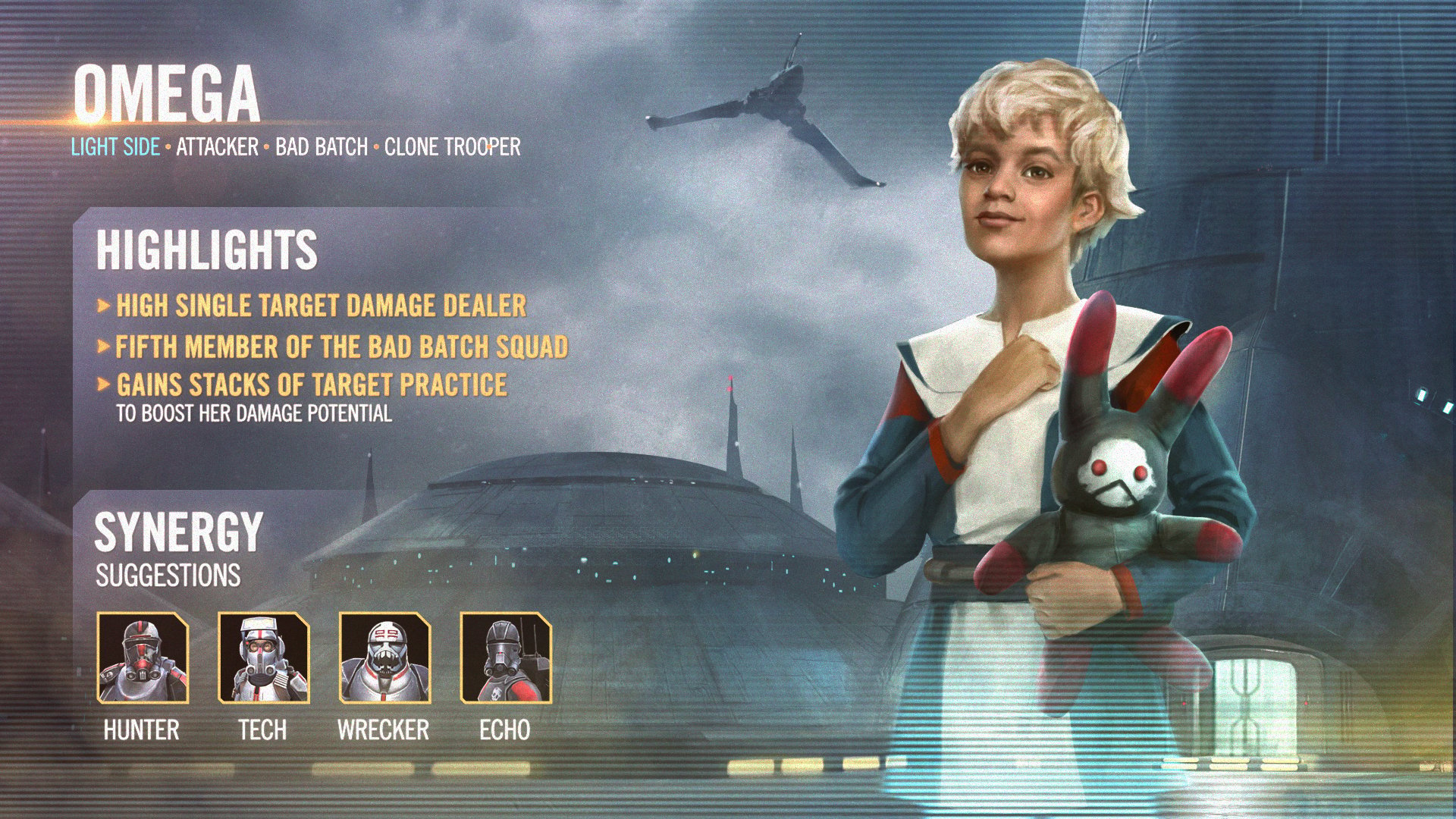 Omega, the enhanced clone from Kamino, has made her way to the holotables to round out the Bad Batch faction. Her interest in Clone Force 99 eventually led to her joining the ragtag bunch...as well as her being the catalyst for an impromptu food fight. Although Omega often felt like a misfit, the Bad Batch embraced her and became the family she never had.

Under a Bad Batch lead, Omega gains Speed and Offense. When stealthed, she also assists Bad Batch allies when they use a Special ability. Her Special ability Adaptive Learner introduces a new buff and new status effect to the game, Target Practice and Zeroed In. The buff grants damage bonuses while the status effect allows her to ignore Taunt on enemies affected by Zeroed In. Omega can also inflict Blind and Daze on enemies with her Basic ability, Disarming Shot.

Omega is the piece of the puzzle the Bad Batch didn’t know they needed, but accepted wholeheartedly. On the holotables, she adds some high single-target damage output to an already fun faction. Play the new marquee event to unlock Omega and complete your Bad Batch squad.