PLEASE NOTE THE IMAGE BELOW HAS BEEN UPDATED SINCE THE ORGINAL POST. 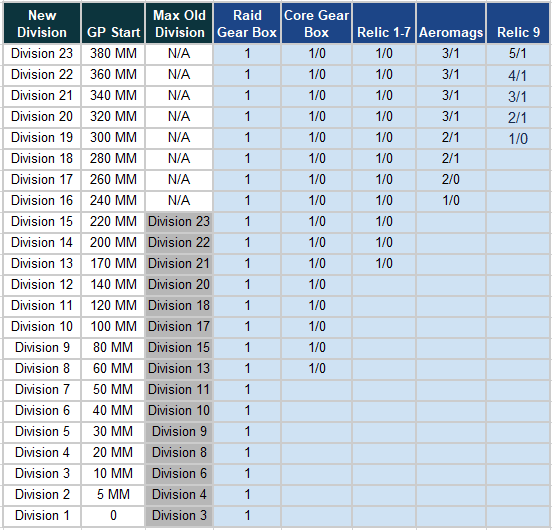 Relic 9
As we mentioned above, Relic 9 is coming to Galaxy of Heroes later today. Relic 9 will require 2 new materials to craft, Droid Brains and Gyrda Keypads. Droid Brains will be exclusively available from Territory Wars (for now) and Gyrda Keypads can be crafted by the Jawa Scavenger from existing Gear.