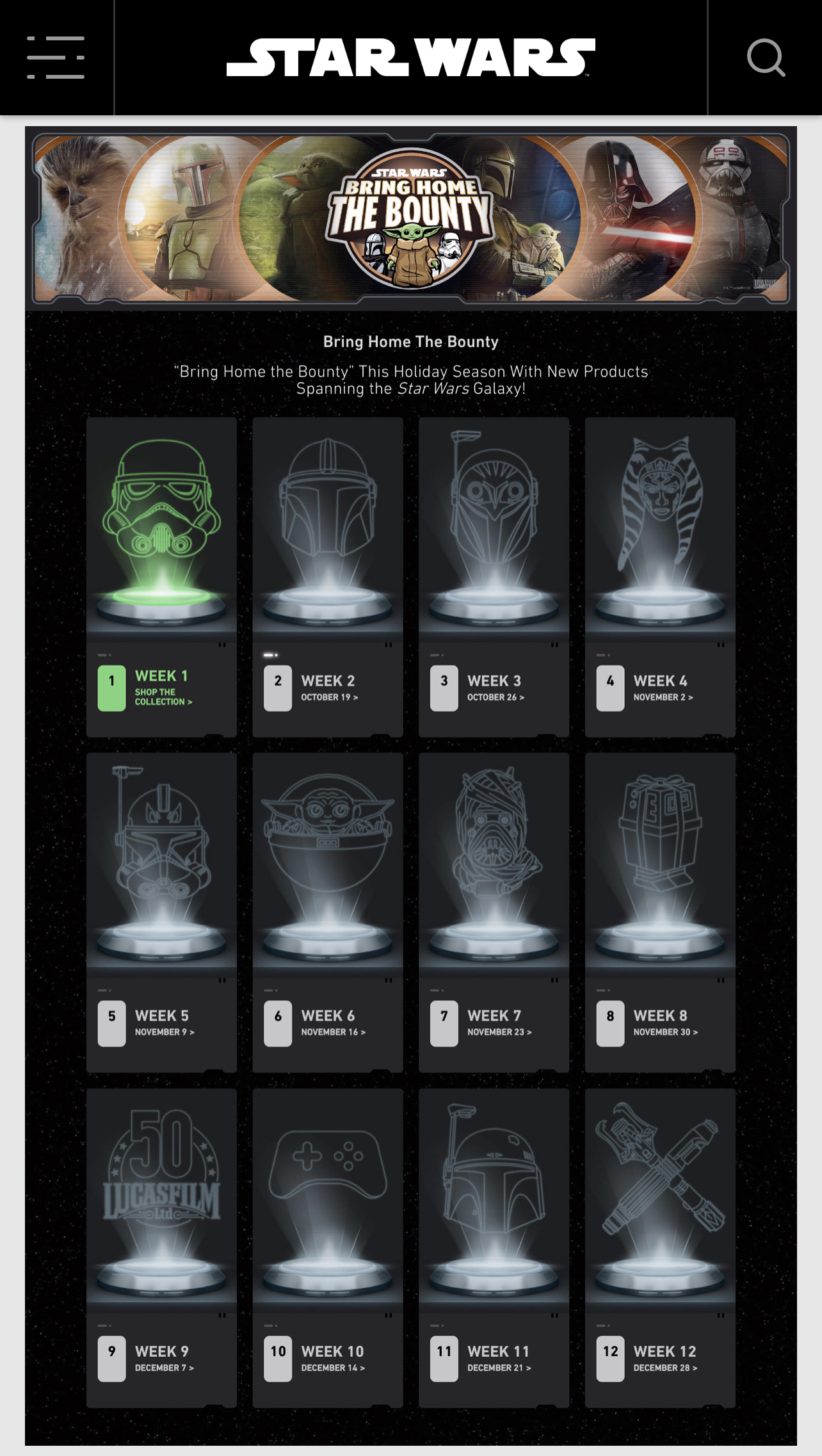 “ Every Tuesday from now through December 28, you can expect reveals of new items inspired by everything from The Book of Boba Fett, premiering exclusively on Disney+ December 29, and The Mandalorian to classics like the Skywalker saga films, animated series including Star Wars: The Bad Batch and Star Wars: Visions, and much more.”

Will Galaxy of Heroes be a part of this?
3