Today I managed to get 7 stars on my Veteran Smuggler Han Solo, and as he was the last piece, I was able to start the second Tier in the journey.

I started the journey some months ago, as the first tier was an easy one. However, for Tier II, you have to have seven-star toons. It takes lots of time to farm Chewbacca and Solo, so be prepared! Of course, by this time you should have BB8 7* (if don't, then check my other guide for BB8!), so get your shards from the Cantina! Do not spend crystals on shards, as it is a waste of resources now. If you need, refresh the Cantina for 100 crystals, it is a better option.

So now, I would like to elaborate on Tier 4 and 5 as these mean the greatest challenges. For Tier 4, it is enough to have Finn, Chewie, and Solo on Gear level 8, abilities on level 7. Mods: whatever leftovers you have, I used Crit Damage and Chance on everyone.

For Tier 5 -
For Finn - try to make Finn a little bit beefy - I used 1 health, 1 defense, and 1 potency set. As soon as I finished the event, I changed these mods to Crit Dam and Chance, but for this event, it may be wiser to make Finn a tanky tank.

Rey - Rey is the key to your success here....move some of your really good mods from other characters onto her...I put some mods from my BH team on her only for the event. I am not a big fan of Rey Scavenger, so I do not really care about her after-event. Make her as speedy as you can with good speed secondaries. The general tactics for me were to use the abilities of the enemies and hit as hard as you can. Finn can really a difference with the Takedown special because it puts Expose on the target. You can easily one-shot toons if you put an expose on them and then use Rey's Leverage or Flurry of Blows.

UPGRADE HER TO GEAR LEVEL 9 !

I was not able to complete Tier 5 until I upgraded her gear one level and the abilities to omega.
Be aware of the TIE pilots! Their double-tap can be lethal, they have the chance to shoot twice. Take your time to plan your strategy according to the number and types of enemies. The FOST can put up taunt, the TIE pilots can shoot twice, the unique Riot Control Troopers (only in this event!) can stun your guys.

If you manage to take everyone to the third stage on TIER V then use wisely Finn's taunt, as if you immediately active it, the foes will just eradicate Finn in the very first turns...so try to avoid taunt with Finn and plan the use of Takedown.

Thanks for reading this little guide, I copied the links to the two videos that I have done on this event. I did not make it retrospective, after completion, but I tried to record it in kind of real-time. 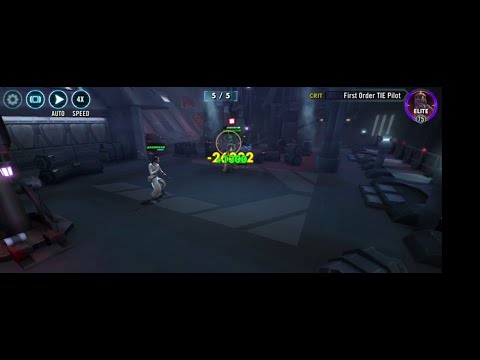 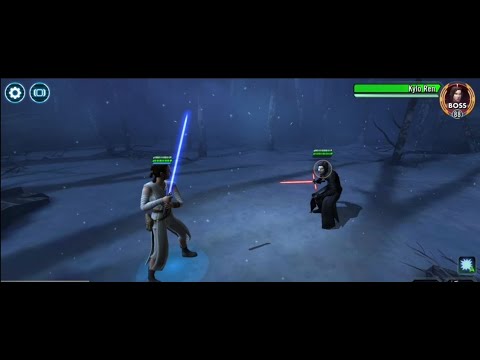 How did you manage to unlock Rey and what were your reqs (gear + abilities)?
0
Reply to this topic
Sign In or Register to comment.