Dash Rendar is coming to the holotables! The beloved train-hopping, shoulder-pad adorned hero of legendary lore is ready to lead a motley crew of Scoundrels into the Grand Arena gauntlet!

Below, we take a deep dive into the developers’ motivations and inspirations while creating the kit for this fan-favorite Shadows of the Empire character. 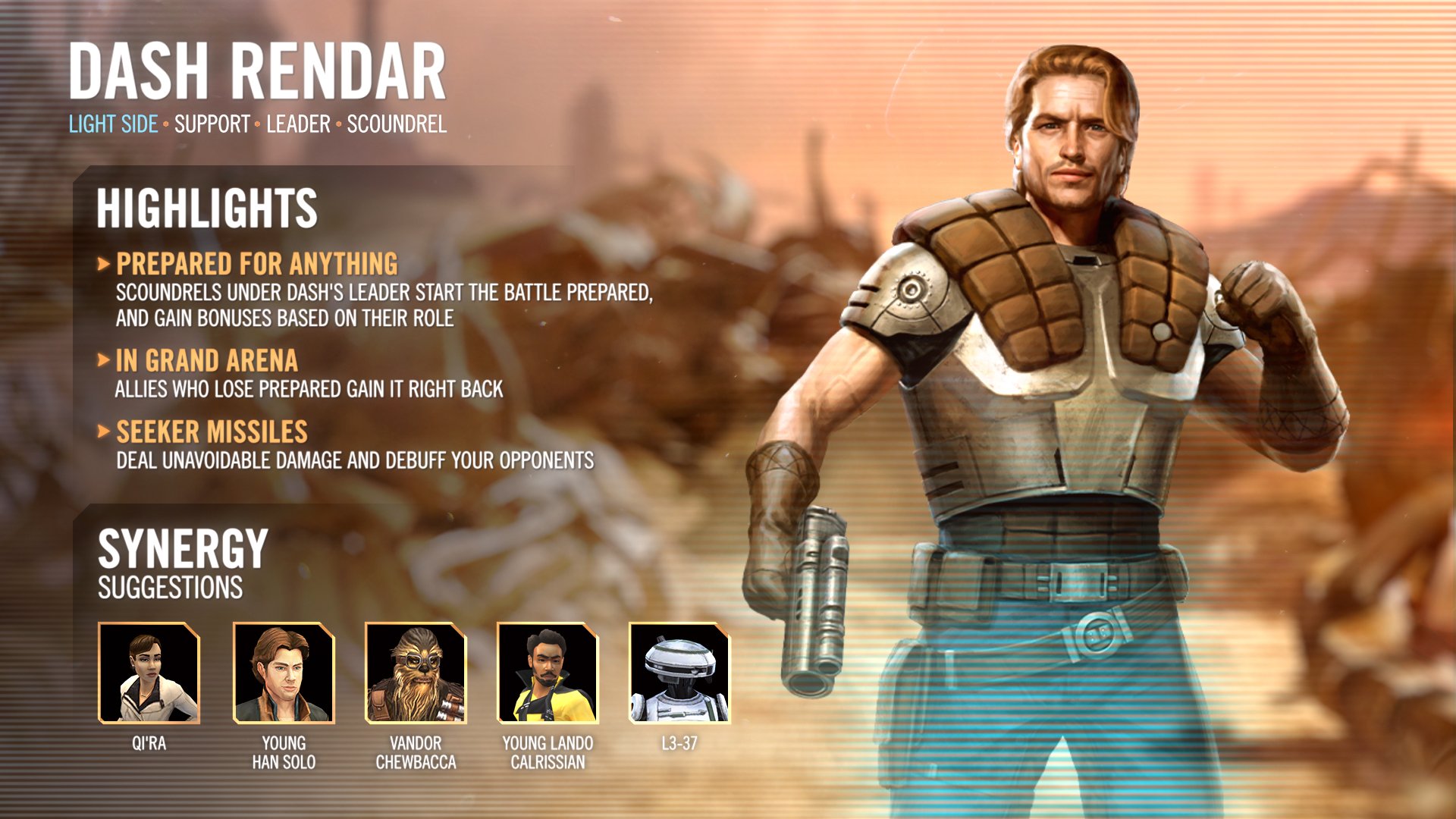