Lore:
The Rogue Shadow was the unique starship that Darth Vader's apprentice Starkiller and his personal training droid PROXY used to travel covertly throughout the galaxy. Built in total secrecy, all of the personnel and droids involved in its construction perished in industrial accidents or street crimes to ensure their silence. Built primarily for stealth and infiltration purposes, the Rogue Shadow incorporated state-of-the-art cloaking technology and a highly advanced hyperdrive engine in its design, thus allowing the apprentice to travel anywhere throughout the galaxy without risking detection. 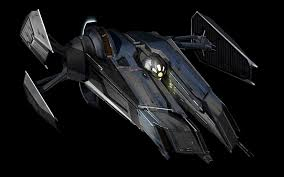 Skilled Attacker who hides from enemies before removing them from the fight.

Rogue Shadow gains Stealth for 2 turns if it didn’t already have it. Then deal Physical damage to target enemy. If Rouge Shadow has Stealth, this attack has +30% Critical Damage.

Instantly defeat target enemy. Dispel all debuffs from all Empire or Sith allies and recover 100% of their Protection. If TIE Advanced x1 is present, it gains 100% Turn Meter. Enemies defeated by this ability can’t be revived. This ability starts on cooldown.