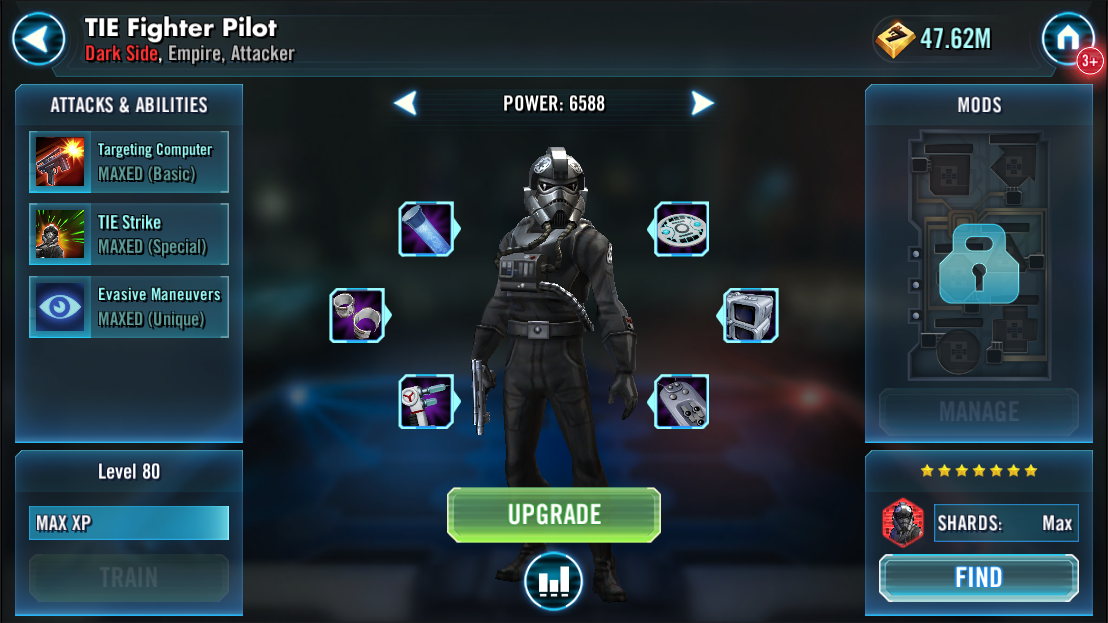 Unlocks at: Two stars (25 shards)
Available from: Daily Login for the month of Oct

Deal Physical damage to all enemies with a 50-80% chance to inflict Buff Immunity for 2 turns. (4 turns Cooldown)
Unique Ability – Evasive Maneuvers General Strategy Hero Synergies Where to Use
TIE Fighter Pilot makes up for the lack of burst damage in the current Empire faction while continuing the unique characteristic of the Imperials in weakening the enemies with negative effects. He will be a valuable addition to any team that is looking for characters that provide additional utility on top of high single-target damage.