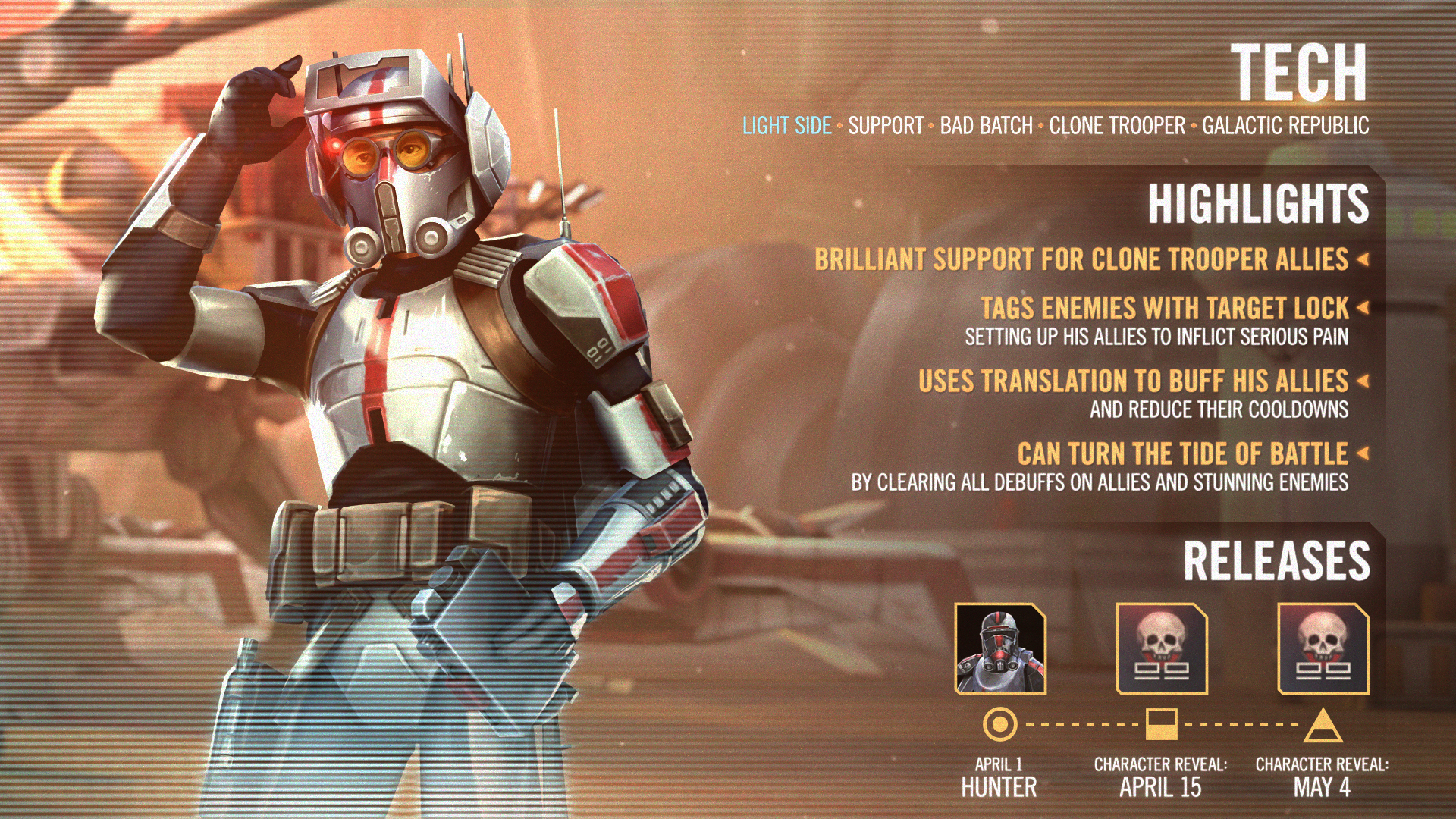 FINAL TEXT: Deal Special damage to target enemy, and inflict Target Lock for 2 turns on target enemy and the healthiest enemy that didn't already have it. If target enemy was already Target Locked, attack again.

FINAL TEXT: Dispel all debuffs from Clone Trooper allies. All Bad Batch allies gain Foresight, Tenacity Up, and Stealth for 2 turns. Deal Special damage to all enemies, and inflict Stun for 1 turn on enemies that are Dazed or Target Locked.

Translation - Beneficial effects build based on the cumulative number of stacks:
Post edited by CG_SBCrumb on April 13
8