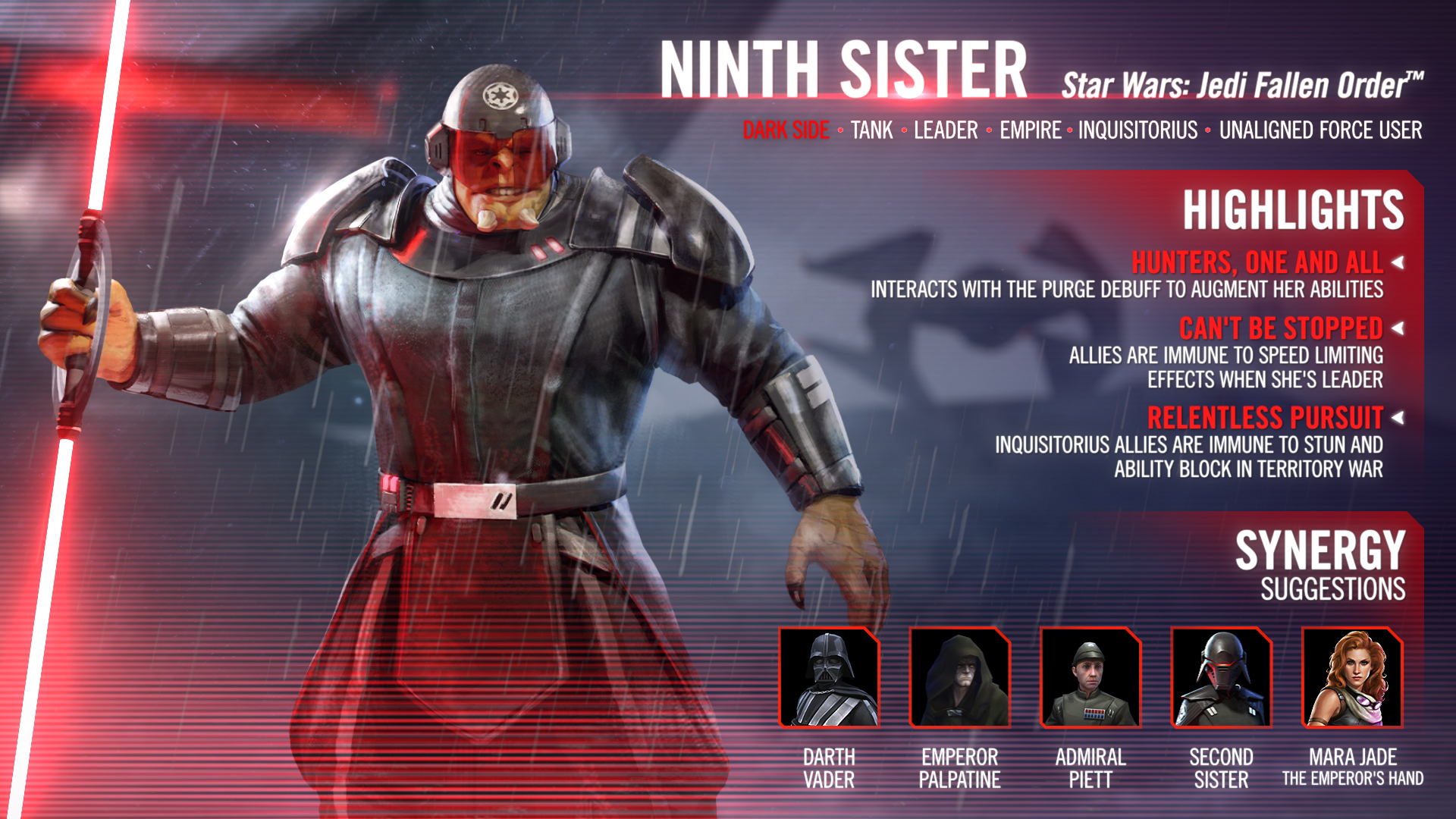 Today’s update brings a new member of the Inquisitorius faction, Ninth Sister, to the holotables! Also, a new Omicron character ability, additive drops, some shard shuffling, and a few fixes are included.

During this event, the gear salvage's drop rate on each node has been scaled to Energy.

Light Side Battles are rewarding bonus drops from 02/14 through 02/18.
SHARD SHUFFLE
CHARACTERS AND SHIPS
For more info on these units, check out the kit reveals and strategy guides below:


NINTH SISTER MARQUEE PACK
The Inquisitorius Brute Pack featuring Ninth Sister shards is coming soon. Each pack guarantees at least 5 shards for Ninth Sister and may drop up to 330 shards!