Our latest Title Update finishes rolling out today and introduces a TON of big changes. You will be required to update your game from your app store and get the latest data.

The biggest news for this release is the brand new Territory Battle, Rise of the Empire! There are also a whole bunch of improvements to the Gear economy, several bug fixes, and more!

Territory Battle: Rise of the Empire 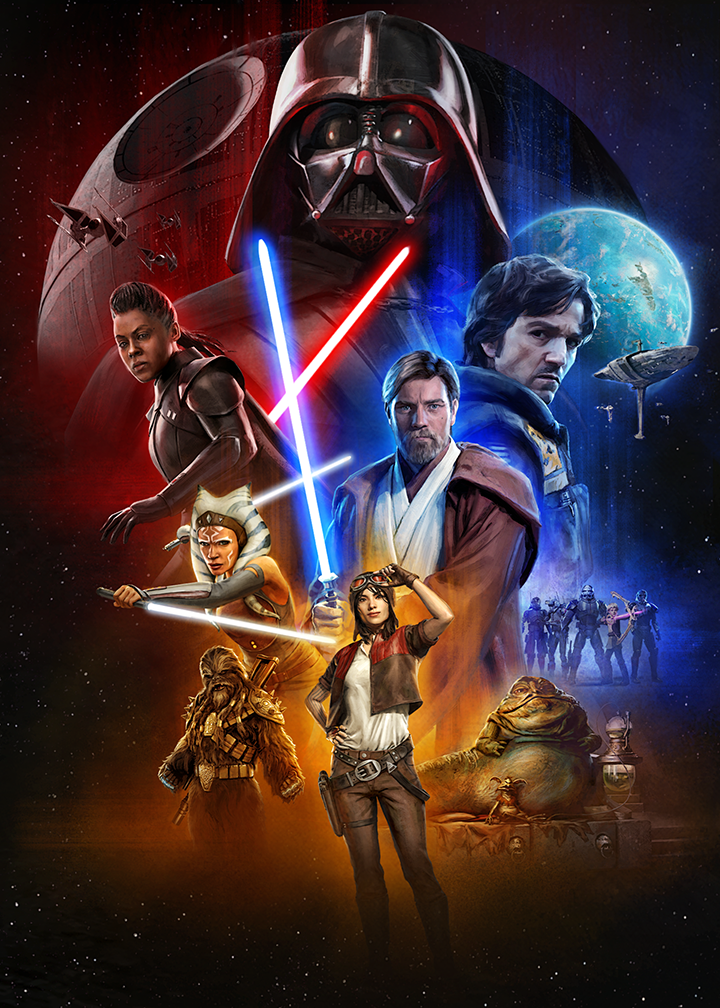 Our latest Territory Battle, RISE OF THE EMPIRE, is hitting the Holotables! The surviving Jedi are in hiding, Palpatine has been declared Emperor, the rumblings of Rebellion have begun to stir, and the Hutt Cartels are keeping their heads low and profits high.

Starting on December 12th, your guild can select this new Territory Battle if the guild has a total of 200 million GP or more. Every alignment and the entire galaxy are in play in this Territory Battle, meaning your entire roster will be tested in various locations throughout the Star Wars universe.

Battles will be fought harkening back to the time period from the end of Star Wars: Revenge of the Sith on Mustafar and Coruscant, and taking you all the way to the time of the Rebellion in Star Wars: A New Hope on Scarif, Tatooine, and the Empire's first Death Star. Battles on the ground and in space are located within the same zone, so your guild will need to fight everything on all fronts if they hope to get three stars in any given phase.

Grab your lightsabers, warm up your X-wings, and make sure you're on Jabba's good side, the Rise of the Empire Territory Battle starts soon!

You can find more information in our original announcement here and from this post earlier this week with many specific details about the encounters, requirements, and special abilities.

The Inquisitorius are looking to bolster their ranks once again with the addition of Third Sister from the Obi-Wan Kenobi series on Disney+. Third Sister's shards are earned via a Special Mission on Tatooine in Phase 3 of the new Territory Battle, Rise of the Empire.

Third Sister brings to the table a brand new Leader ability in Harbored Aggression, allowing Inquisitors to explode out the gate by applying five stacks of Purge at the start of the battle. Following up with her Basic ability, No More Hiding, she will Ability Block enemies with Purge all the while dispelling herself of any pesky debuffs.

Her Special abilities, Unyielding Onslaught and Reckless Sweep, will also take advantage of Purged enemies. Unyielding Onslaught will deal additional damage while Reckless Sweep will inflict Healing Immunity and give Inquisitorius allies Turn Meter. Meanwhile, her Unique ability Driven by Revenge grants her Hatred, ensuring she will revive after being defeated, and the first time she is defeated, she gains Hatred again, meaning odds are good she'll come back into the fight twice in any given battle!

With three Omicron abilities in Grand Arenas, she looks to make the Inquisitorius squad live up to their deadly reputation in that game mode.

Collect this powerful character through the Rise of the Empire Territory Battle, and exact revenge on your enemies on your own terms.

Other Territory Battle Changes
Gear Acceleration
As we enter our 7th year, we continue to be committed to bringing new and exciting experiences like the Territory Battle to you and we are also committed to ensuring that our new, returning, and existing players are able to access all the game has to offer.
With that in mind, we’re announcing significant changes to a wide range of Gear items, modeled after the Character Shard Acceleration we did in 2020. At a high level, these changes will double the amount of most Gear available to all Players