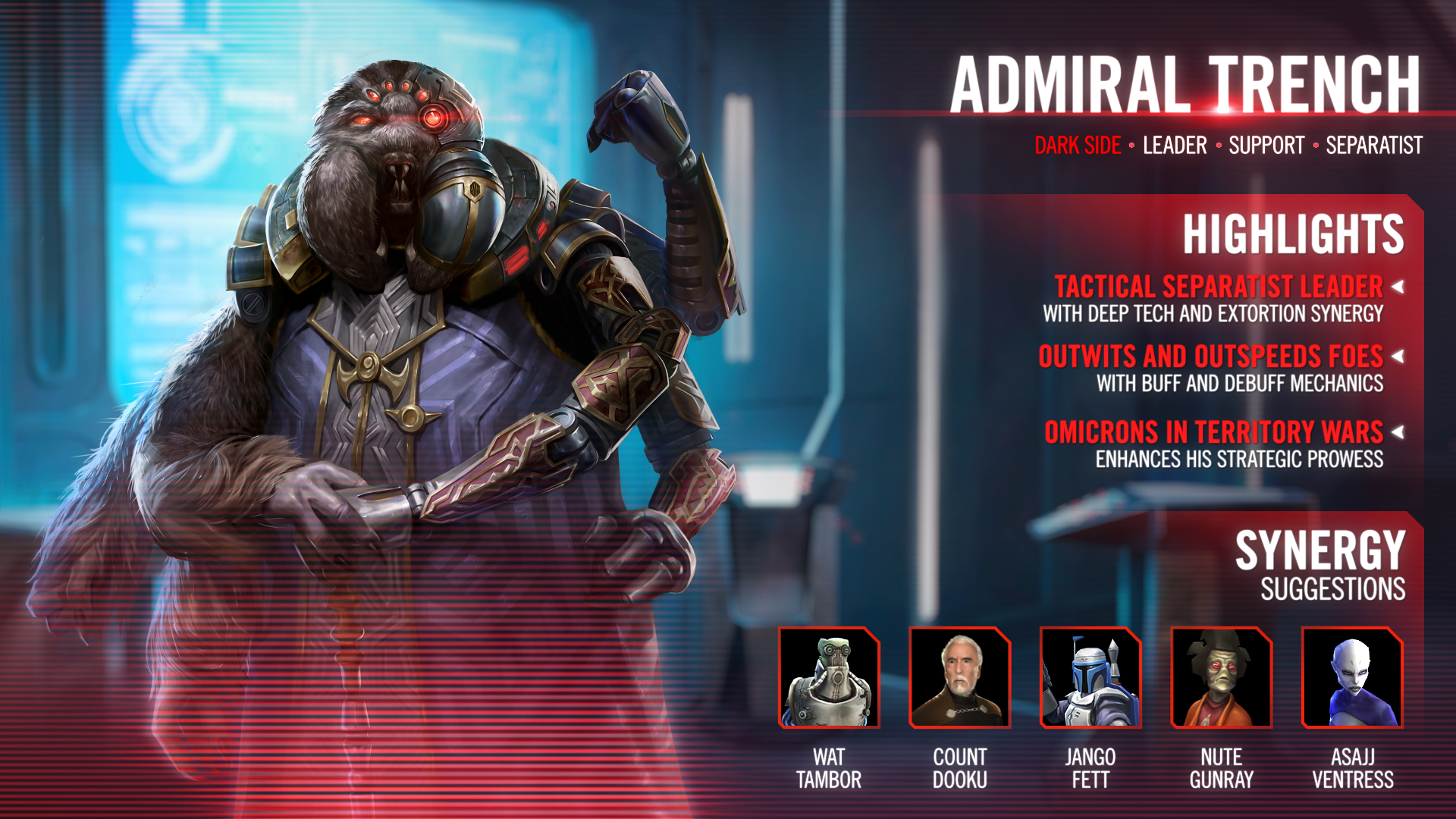 Key Attributes:
Inspiration:
Strategy Tips:
FAQ:
What is “Tech”? Does this refer to the character?
Trench’s callouts to “Tech” are not related to the Bad Batch character. They are referencing the Tech that is handed out by Wat Tambor: Chiewab Medpac, Baktoid Shield Generator, and BlasTech Weapon Mod
Is this the first Omicron on a basic ability?
Indeed!
How do I unlock Trench?
He is the latest Conquest character
Have a question about Admiral Trench’s Kit? Fill out this form here:
CLICK HERE
Question Deadline: 01/17/2023, 11:59 PM PT

Final Text: Deal Special damage to target enemy and Shock them for 2 turns. If the target was already Shocked, Stun them for 1 turn.

During Trench's turn, allies with Tactical Supremacy gain a Heal Over Time and a Protection Over Time (10%) for 2 turns.

While in Territory Wars: During Trench's turn: Inflict Ability Block on target enemy for 1 turn which can't be dispelled or resisted and reduce their Critical Damage by 20% (stacking) until the end of the encounter. If target enemy was already debuffed, remove 50% Turn Meter from them. Non-Droid Separatist allies recover 30% Health and Protection.

Final Text: Separatist allies have +30% Max Health, Max Protection, and Potency and they have +10% Speed (excludes Galactic Legend allies) for each ally with Tech and each enemy with Extortion.

- While in Territory Wars: Non-Droid Separatist allies have +50% Mastery, and +75% Max Health and Max Protection. Separatist allies with Tech can't have their turn meter reduced. Enemies with Extortion will be critically hit if able.

UNIQUE 1: I Smell Fear, and It Smells Good (Zeta, Omicron)
Final Text: At the start of battle, Admiral Trench loses 50% Max Health and gains that much Max Protection. While Trench is active, Separatist allies have +50% Potency. At the start of his turn, he gains a Protection Over Time (10%) for 2 turns. While Trench has Protection Up, he is immune to Buff Immunity and Healing Immunity.
The first time each enemy loses all Protection, at the end of that turn they are Feared for 1 turn which can't be dispelled, evaded, or resisted.
Whenever another non-Droid Separatist ally is damaged by an attack, defeated, or evades, Trench has a 50% chance to gain 100% Turn Meter (limit once per turn). Whenever an enemy dispels Protection Up from Trench, they are inflicted with Shock for 2 turns which can't be evaded or resisted.


New Effects
Tactical Supremacy
+30% Critical Damage and Potency; recover 10% Protection at the start of turn; if dispelled, recover 40% Health and gain Foresight and Advantage for 2 turns 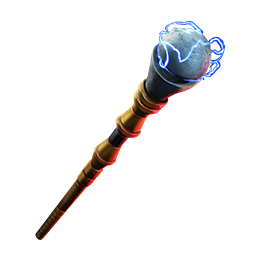