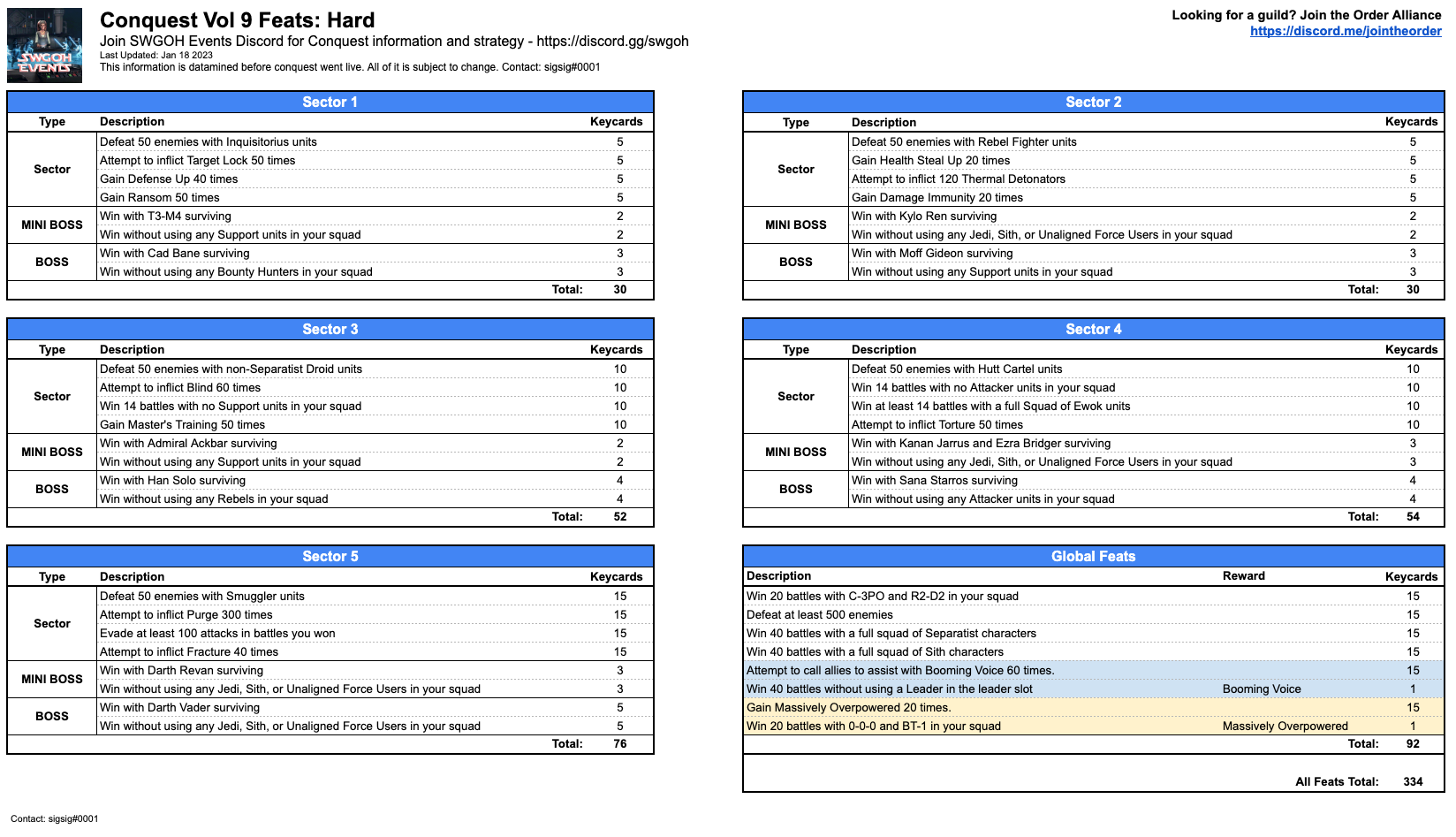 Overall not terrible. For non sep droids, chewpio and the dr. Aphra droids can be massively helpful.

Figured hutt cartel would play a big role and as always inquisitors are forefront again.

However….why Ewoks? Especially that late in the sectors. That is so random and out of subject for this conquest. May as well write that feat off and 10 keycards lost already.

Feats like torture and fracture set at 50 is just way too grindy. Bring it down to 25/30 when there’s only one character that can do each one. (GI and GAT respectively).
Edit: Lord Dirt pointed out the new aphra droids can inflict torture so that won’t be too bad then.

40 battles without a leader….that’s gonna be fun 🙄. At least it gives us lots of room to theory craft and not over extend other teams like previous conquests did crossing so many different feats into one or two characters in different sectors.

Overall, trench will be the motivation for me trying hard in this conquest, but the feats just aren’t inspiring any kind of excitement in and of themselves. Just the usual grind it seems
Post edited by Ravens1113 on January 19
3