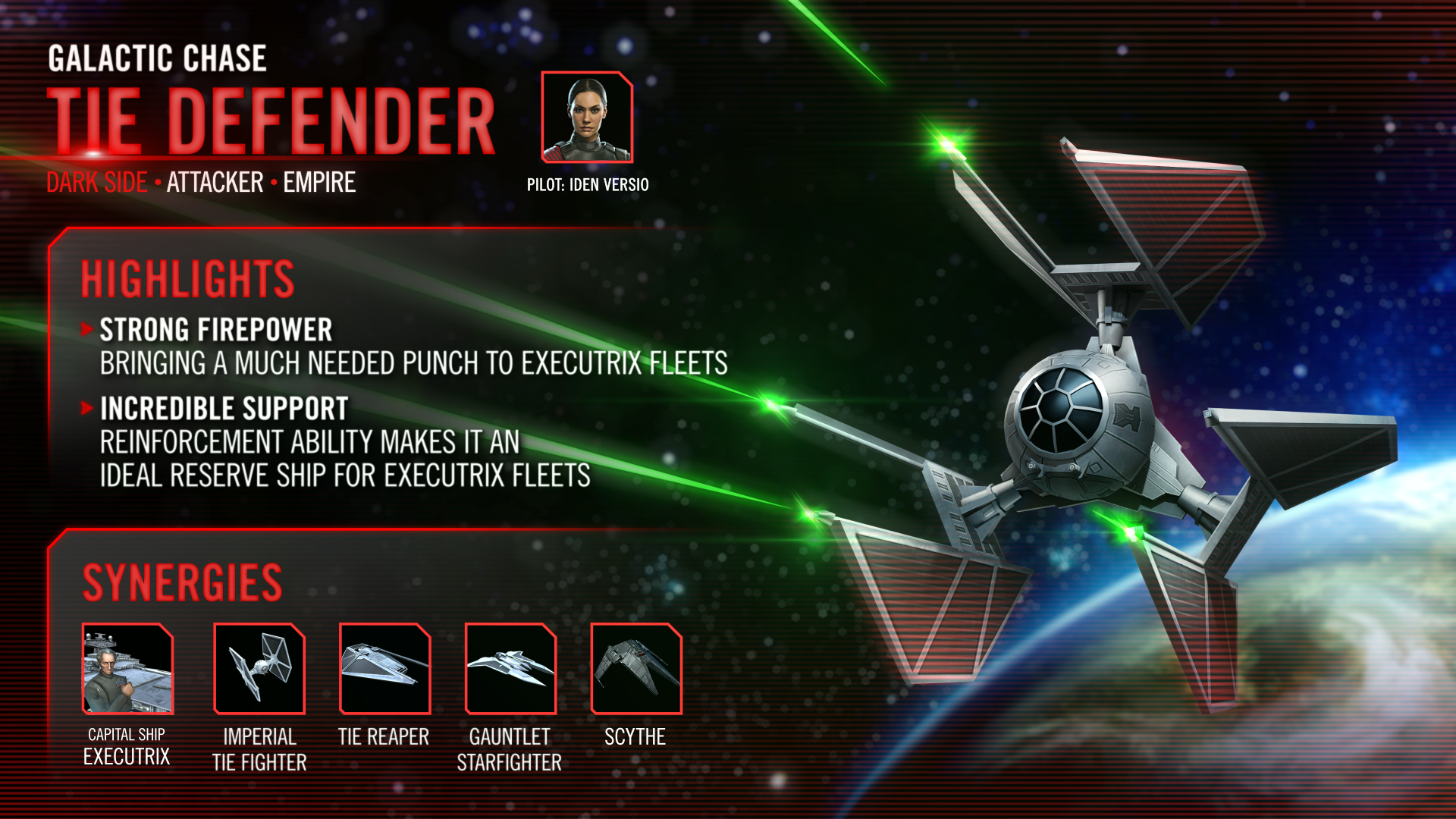 Key Attributes:
Inspiration:
Strategy Tips:
FAQ:
Why is the TIE Defender counting as a TIE Fighter?
We wanted the TIE Defender to work well with the rest of the Executrix Fleet.
Have a question about TIE Defender’s Kit? Fill out this form here:
CLICK HERE
Question Deadline: 01/24/2023, 11:59 PM PT

Final Text: Deal physical damage to target enemy, reduce their Turn Meter by 30%, and Stun them for 1 turn. If TIE Defender has Special Forces, this Stun can't be dispelled, evaded, or resisted.


While TIE Defender has Special Forces, whenever it Evades an attack with Foresight, gain Critical Chance Up for 2 turns and dispel all debuffs on TIE Defender.