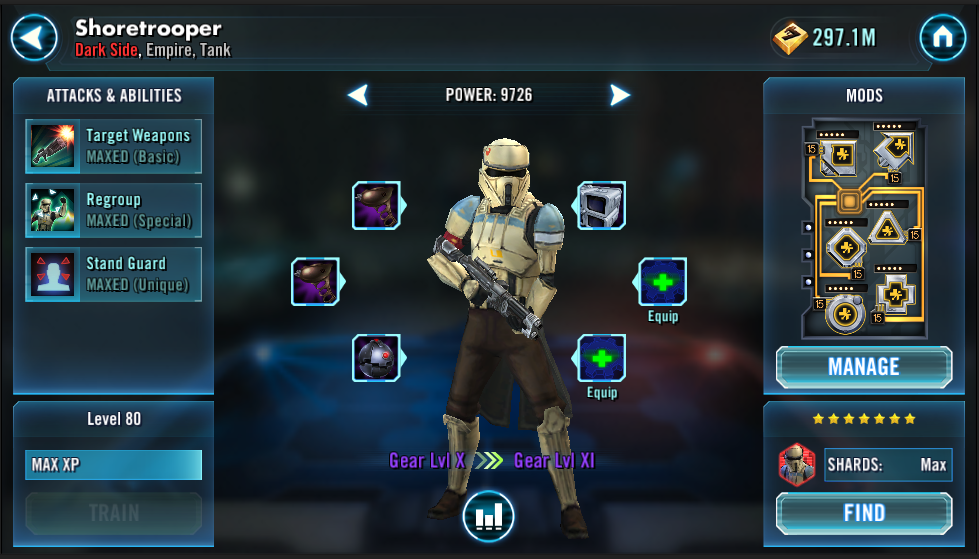 General Strategy Hero Synergies Where to Use
Shoretrooper is a great defensive boost to any team due to a group heal and critical hit immunity buffs. In PvP Arena he provides another option in tanking to further customize your squads. His defensive nature and turn meter effects can really help empire units whom may not have been given a chance due to lower speed.

Galactic War is all about the long-game. Shoretrooper brings a team heal and a critical hit immunity buff. You take less damage and you’re able to heal the damage that makes it through.
Finally, if you need to finish your team out for the Potency Mod Challenges Shoretrooper is your guy