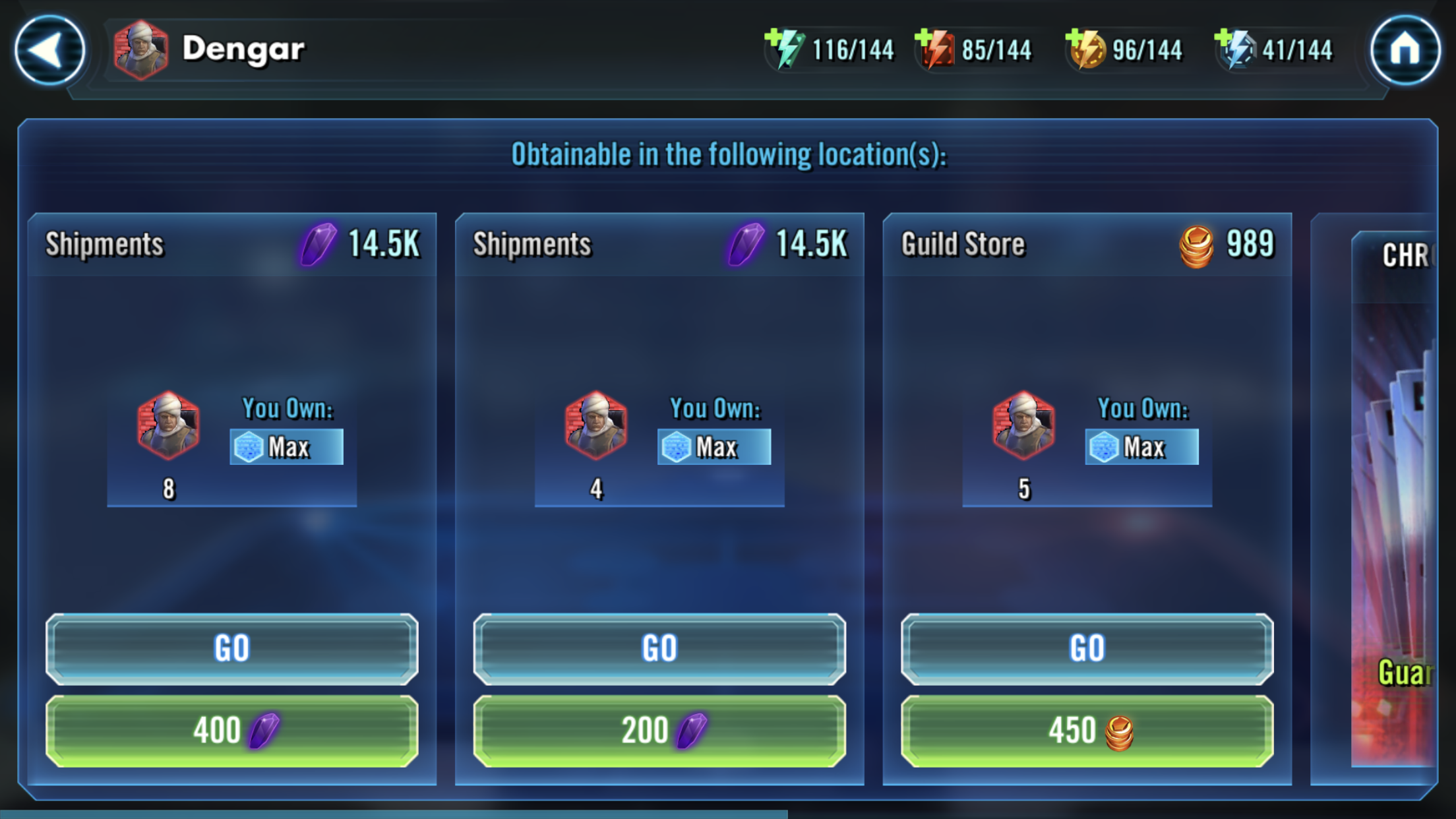 Dengar is in TWO slots in crystal shipments, plus the guild store. In shipments, he shares the same slot/rotation with:

That’s a 1/5 chance of getting Jango to show up. Nobody needs Dengar this badly, he’s ancient, please fix this!
0