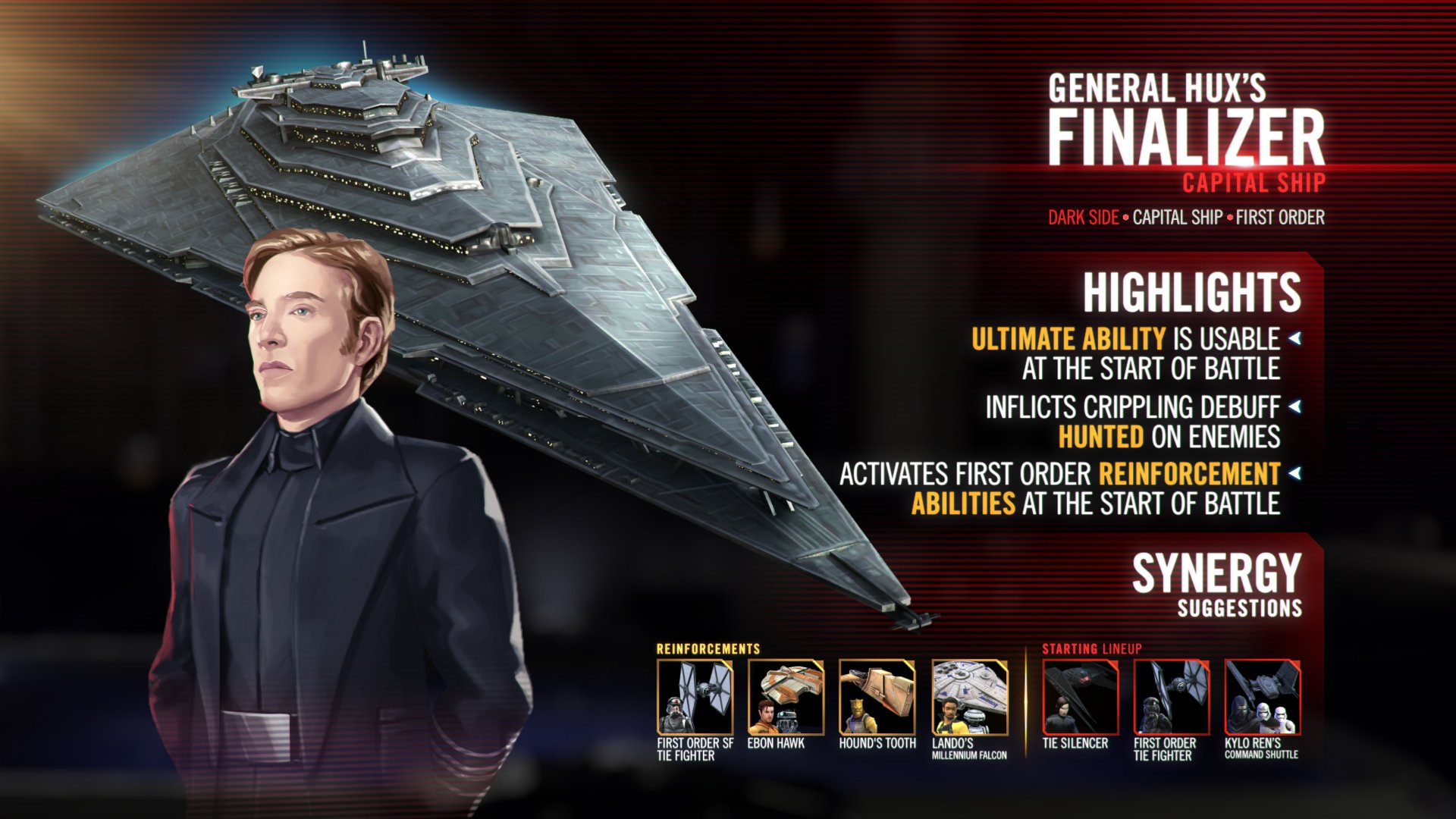 FINAL TEXT: Deal Physical damage to target enemy. If the target is Hunted, deal damage a second time. Target ally gains Critical Damage Up for 2 turns and if they are First Order they are also called to assist, dealing 30% less damage.

FINAL TEXT: Deal Physical damage to target enemy and inflict Offense Down and Target Lock for 3 turns. If the target is Resistance or Hunted, these effects can't be resisted.

FINAL TEXT: All Hunted enemies lose 35% Turn Meter and the target enemy becomes Hunted until they are defeated, which can't be copied, dispelled, prevented, or resisted. Then, deal Physical damage to target enemy.

This ability can't be evaded and is available for use at the start of battle.

First Order allies recover 25% Health when they critically hit an enemy. If a First Order ally defeats a Hunted enemy, that ally gains 25% Critical Damage (stacking, max 5 stacks) until the end of battle.

Reinforcement Bonus:
Reinforcements gain Advantage for 2 turns. If the Reinforcement is First Order they also gain 25% Critical Damage until the end of battle and the Finalizer gains 30% Turn Meter.